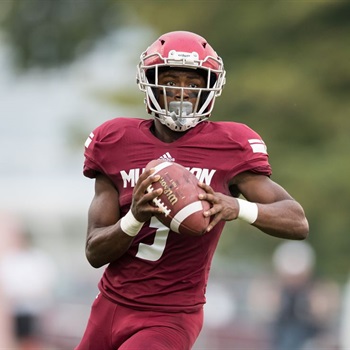 MVP  Kalil Pimpleton  5-7  165  Sr  QB  Muskegon: A magician with the ball whether running and throwing it as a QB, or lining up in the slot with La’darius Jefferson as the Big Reds’ QB and Pimpleton making ’em miss in the open field, or returning punts. He ran for over 1,500 yards and 25 TDs and threw for over 800 yards and 15 TDs. He also had three TD catches and two TD returns. Pimpleton will play for Virginia Tech.

OL Phillip Paea  6-4  300  Sr  Berrien Springs: Big-time size/speed talent (committed to U-M) who beat up on small school athletes, until the Shamrocks ran into West Catholic in the D5 playoffs. Also a started on defense, where Paea had three sacks.

OL Anthony Bradford  6-5  320  So  Muskegon: Fast-tracked at right tackle and looked like a Power 5 prospect as the Big Reds reached the D3 state final.

OL Jalen Mayfield  6-5  245  Jr  Grand Rapids Catholic Central: He pressured QBs all fall for D4 state champion Catholic Central — and with his square frame and quick feet, may be an even better recruit at offensive tackle. Mayfield had a dozen sacks and 14 tackles behind the line during the regular season.

TE Nate Umlor  6-5  260  Sr  Allendale: A four-year starter who has committed to WMU, Umlor had six TD catches. He also played on Allendale’s D line where he had 70 tackles including six sacks.

WR Drew Couturier  5-9  155  Sr  Allendale: A repeat selection, Couturier didn’t have the total yardage of his junior season but was still a frequent visitor to the end zone with 14 TDs, including 11 on 60 catches for 825 yards.

This is the seventh of eight LMFR post-season honor teams, which include by school division, underclassman team, class of 2018 team and the overall All-Lake Area Offense. 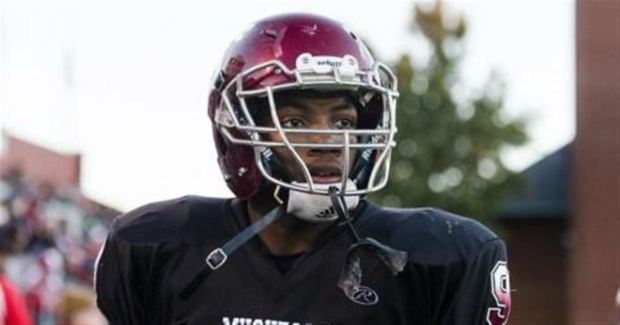 LB Dalton Agers  5-11  195  Sr  Hudsonville: This was the third season that Agers was the Eagles’ leading tackler. On the other side he ran for 10 TDs.

LB Nate Stephens  6-0  195  Sr  Lowell: There were some uncertainties for Lowell going into the year, but Stephens was one of the vets who helped them to an undefeated regular season and appearance in the D2 semifinals. He had a team-high 72 tackles with 5 1/2 sacks, while also leading the Red Arrows in rushing.

DB David Fox  6-1  210  Sr  Grand Rapids West Catholic: Do-it-all athlete who started the season at quarterback, and ended it as a safety and running back for the Falcon’s fourth-straight D5 state champion. He was West Catholic’s leading tackler.

DB Jack Mandryk  6-2  185  Sr  Hudsonville: Maybe the most athletic player in the O-K Red (Mandryk was also the LMFR’s D1-2 offensive MVP), he led the Eagles with four interceptions while at QB he had over 2,000 yards and 21 TDs from scrimmage.

DB  Blake Dunn  6-0  180  Sr  Saugatuck: One of the most accomplished all-around, four-sport athletes in state history. He had 64 tackles and seven interceptions in the regular season. Dunn played a little QB too rushing for nearly 2,00 yards and 34 TDs and throwing for a dozen more scores.

This is the sixth of eight LMFR post-season honor teams, which include by school division, underclassman team, and the overall All-Lake Area Offense and Defense. 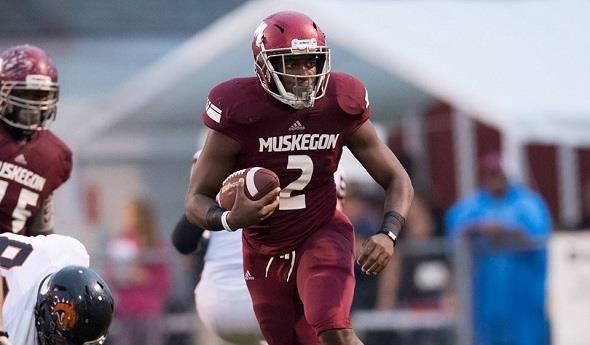 This is the fifth of eight LMFR post-season honor teams, which include by school division, class of 2018 prospects, underclassman team, and the overall All-Lake Area Offense and Defense.

Saugatuck senior QB Blake Dunn is LMFR’s Division 7-8 offensive MVP after running for nearly 2,000 yards and 34 TDs while passing for 750 yards and 12 TDs.

This is the fourth of eight LMFR post-season honor teams, which include by school division, class of 2018 prospects, underclassman team, and the overall All-Lake Area Offense and Defense. 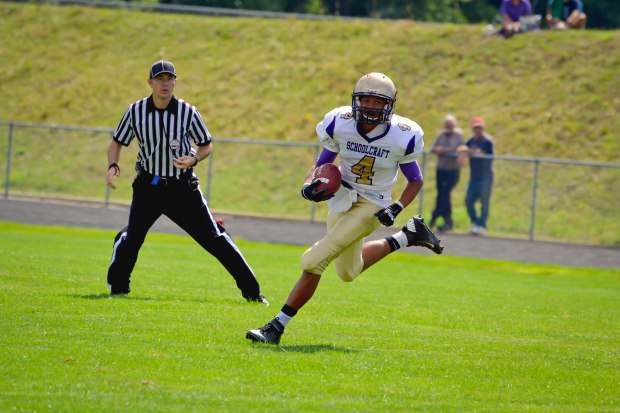 Schoolcraft senior QB Ricky Clark is LMFR Division 5-6 offensive MVP after combining for over 2,400 yards and 42 TDs from scrimmage.

This is the third of eight LMFR post-season honor teams, which include by school division, class of 2018 prospects, underclassman team, and the overall All-Lake Area Offense and Defense. 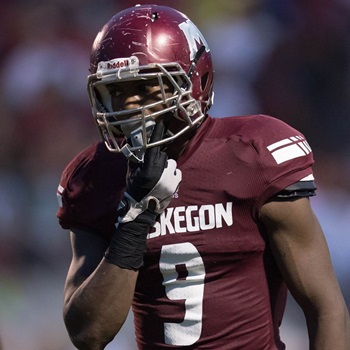 This is the second of eight LMFR post-season honor teams, which include by school division, class of 2018 prospects, underclassman team, and the overall All-Lake Area Offense and Defense.

Ian Hall was a three-year, two-way starter for Grandville and LMFR D1-2 Defensive MVP after leading the Bulldogs to an O-K Red title.

This is the first of eight LMFR post-season honor teams, which also include by school division, class of 2018 prospects, and the overall All-Lake Area Offense and Defense. 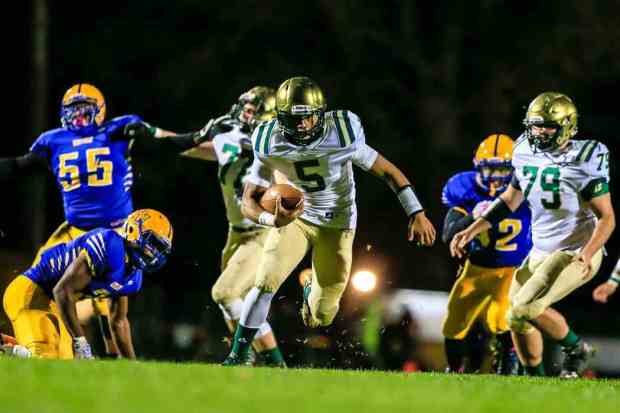 Muskegon Catholic Central freshman Cameron Martinez is the Lake Area’s Underclassman Offensive MVP after some breakout performances while platooning at QB for the undefeated Crusaders, who are favored to win another Division 8 state championship.

Raquis McDonald  Sr  DB  Muskegon: In the Big Reds’ D3 dismantling of Byron Center, McDonald had an interception that led to a Muskegon score and returned a fumble for a TD.

Brandon Anderson  Jr  RB  Cassopolis: He ran for 172 yards and three TDs for Cassopolis, which beat Concord for the school’s first regional title. 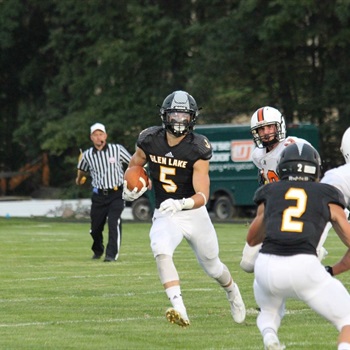 Mike Doyle  6-4  240  Sr  DL  Lowell: He was one of the few starters back from the Red Arrows’ 2015 state finalist team. And now here they are again, one win away from a return visit to Ford Field. While Lowell mixes their fronts he looks best as a one technique tackle with the strength to hold the gap against double teams allowing linebackers to blitz and a swim move to get some QB pressure going up the middle. With his frame, toughness and Lowell pedigree, should be a popular D2 target.

Cameron Ekanayake  6-2  200  Sr  ATH  Edwardsburg: This QB has led the Eddies to an undefeated season including playoff wins over Hamilton, Stevensville Lakeshore and Chelsea. Their reward? A date in the D3 semis with Muskegon. Edwardsburg runs the wing T and while Ekanayake is a fine ball-handler, he’s not the smaller, quick, clever type of QB that often thrives hiding behind the dual tight ends. He’s a big, power runner who will take guys with him. He also plays cornerback for Ekanayake, and while he may not have the speed for that spot at the next level this is a physical winner that can help a team somewhere.

Austin McCullough  6-5  185  Sr  WR  Portage Central: He’s one of the Lake Area’s top dual-sport athletes, a scholarship talent in either basketball or football. There are a lot of similarities to Tyler Conklin, a basketball star at L’anse Creuse North who briefly played hoops at Northwood, walked on at CMU, and is now on NFL scouts’ radars as a tight end. For that to happen, he’d have to get more serious in the weight room, as he’s prioritized basketball thus far. At his size one might think McCullough does most of his damage using his size to post up on hitch or hook routes. But in reality he’s a true receiver, a natural route runner who doesn’t break stride and stretched the field for the Mustangs’ run-heavy offense for five TDs. Nor is just a finesse hooper running around out there, McCullough is a diligent blocker.

Nick Apsey  6-1  200  Jr  ATH  Maple City Glen Lake: His brother, Trevor Apsey, was a terrific player now at Central Michigan, but never saw the team success like this, as Glen Lake will meet Pine River in the D6 semifinals. While he’s their top running and receiving threat, like his brother Apsey’s future is on the defensive side of the ball and gives the Lakers have a pair of college linebackers with Duke Angers inside and he outside. While he may play up North, speed is speed, and will be his ticket to the next level.

Elijah Gurley  6-3  220  Jr  OL  Forest Hills Central: The junior class will be yet another strong one on the offensive line in the Lake Area. Gurley isn’t one of the biggest or strongest right now, but one whom recruiters may take a flier on. He has good length and pass block technique at left tackle, a finesse complement to the terrific senior Nick White at right tackle, buying time for senior QB Tanner Hallock who loved to put up deep balls to junior Bryce Clay and senior Jack Uecker.

David Kruse  6-0  185  Jr  QB  Lowell: Few positions in the Lake Area come with the historic ramifications, pressure and storied excellence as being Lowell’s quarterback. Kruse has lived up to it, handling the veer like a vet and is undefeated so far in his first season as a starter replacing Ryan Stevens. He’s led Lowell to big-time comeback victories over Rockford and now, twice, Forest Hills Central. He ran for three TDs in the Rangers rematch for the D2 regional crown. Kruse’s oldest brother, Connor Kruse, was a starting offensive lineman at MSU, and this miniature version plays with a similar toughness. Kruse looks much bigger and stronger than his listed dimensions when running the ball, less surprising given that like so many of his teammates he also wrestles. He also had a good left arm on him.

Tyrese Hunt-Thompson  5-11  160  So  Cassopolis: He’s been a major playmaker for Beatty High, and brought the entire arsenal in their D7 regional win over Concord. He caught a TD pass, ran for two TDS, and returned a fumble 75 yards for a score. If he can do just half that against Detroit Loyola in the state semifinals Hunt-Thompson can claim one of the top young talents in the Lake Area regardless of school size.