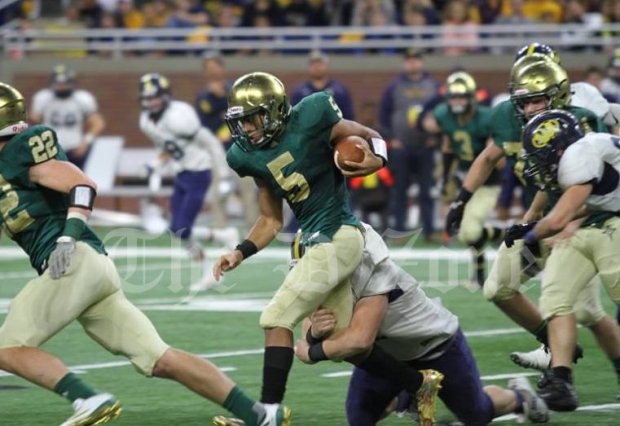 Muskegon Catholic Central’s sophomore quarterback Cameron Martinez showed his Division I bonafides as a freshman in the state finals, and in Week 2 against Frankfort.

Joel Wilson  Sr  LB  Petoskey: One of the most versatile, athletic prospects in the Lake Area 2018 class, Wilson lived up to that rep when the QB also started at outside linebacker in a 14-7 win against Escanaba and had a sack, two tackles for a loss and broke up a pass.

Cameron Martinez  So  QB  Muskegon Catholic Central: One of the Lake Area’s top 5 2020 recruits, Martinez led MCC to a quality win up North, 31-6 at Frankfort. He ran for 217 yards and a pair of TDs and threw a TD pass. On the defensive side he made an interception.

Lake Area Coach of the Week

Andrew Pratley, Holland: The Dutch improved to 2-0 with a 58-6 win at Grand Rapids Ottawa Hills. The last time Holland began the season 2-0 was 2011 when they ended up a school-record 9-3.